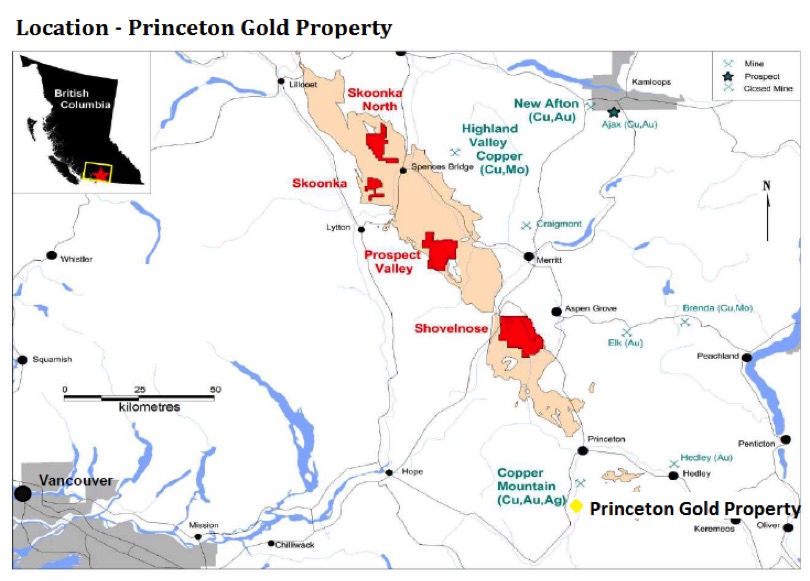 The property is underlain by volcanic rocks of both the Eocene Princeton Group and the Triassic-Jurassic Nicola Group. Recent mapping by the British Columbia Geological Survey and by Tasca geologists suggests the quartz vein gold mineralization is hosted primarily by Princeton volcanics.

Combined 2010 and 2011 surface sampling and 2018 trenching programs highlights as reported by Tasca include:

Canagold considers these results to be historical, it has not completed sufficient work to independently verify these historic results, and therefore they should not be relied upon and also cautions investors that float samples are grab samples and may not be representative of mineralization on the Princeton Property. 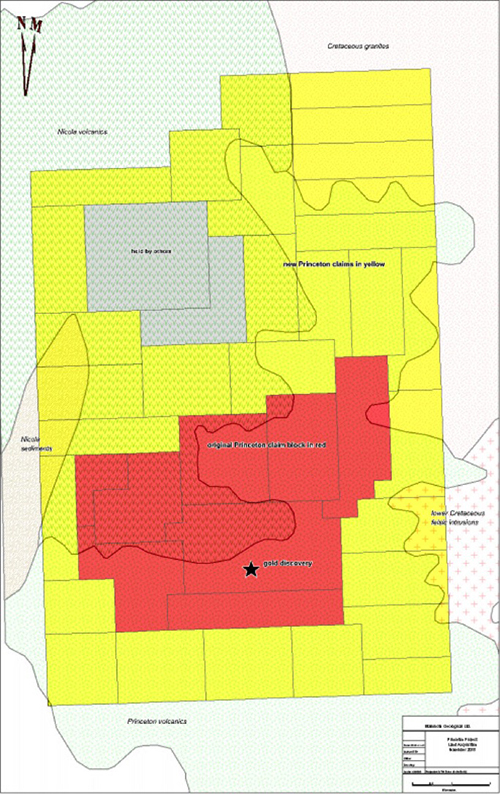 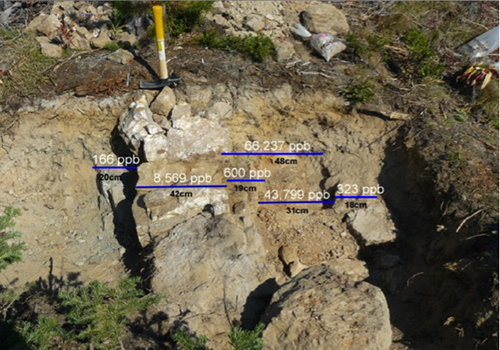 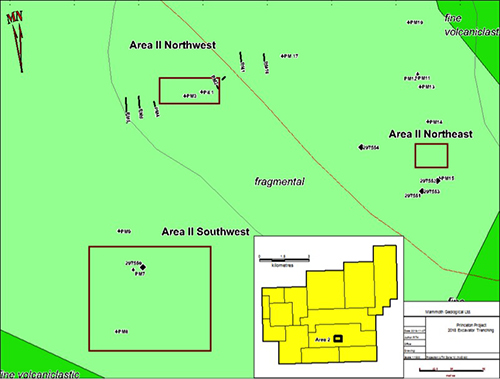 The trenching was able to trace the main vein structure approximately 120 metres along strike before the vein zone disappeared beneath thick overburden cover in both directions. Trenches were cut perpendicular to vein strike with short distances opened in each direction along the vein where possible. Mineralization is confined to the quartz veins or within the first metre of the andesitic host rock. The quartz vein ranges from 0.3 to 1.8 metres in width and consists of white quartz with limonite fractures and irregular limonitic patches and a rare vuggy texture.
Two other areas highlighted by anomalous rock samples or soil samples were tested. Overburden thicknesses were beyond the limit of the excavator boom so bedrock was not reached. These areas will need to be tested by diamond drilling.

Canagold cautions investors float samples are grab samples and may not be representative of mineralization on the Princeton Property.